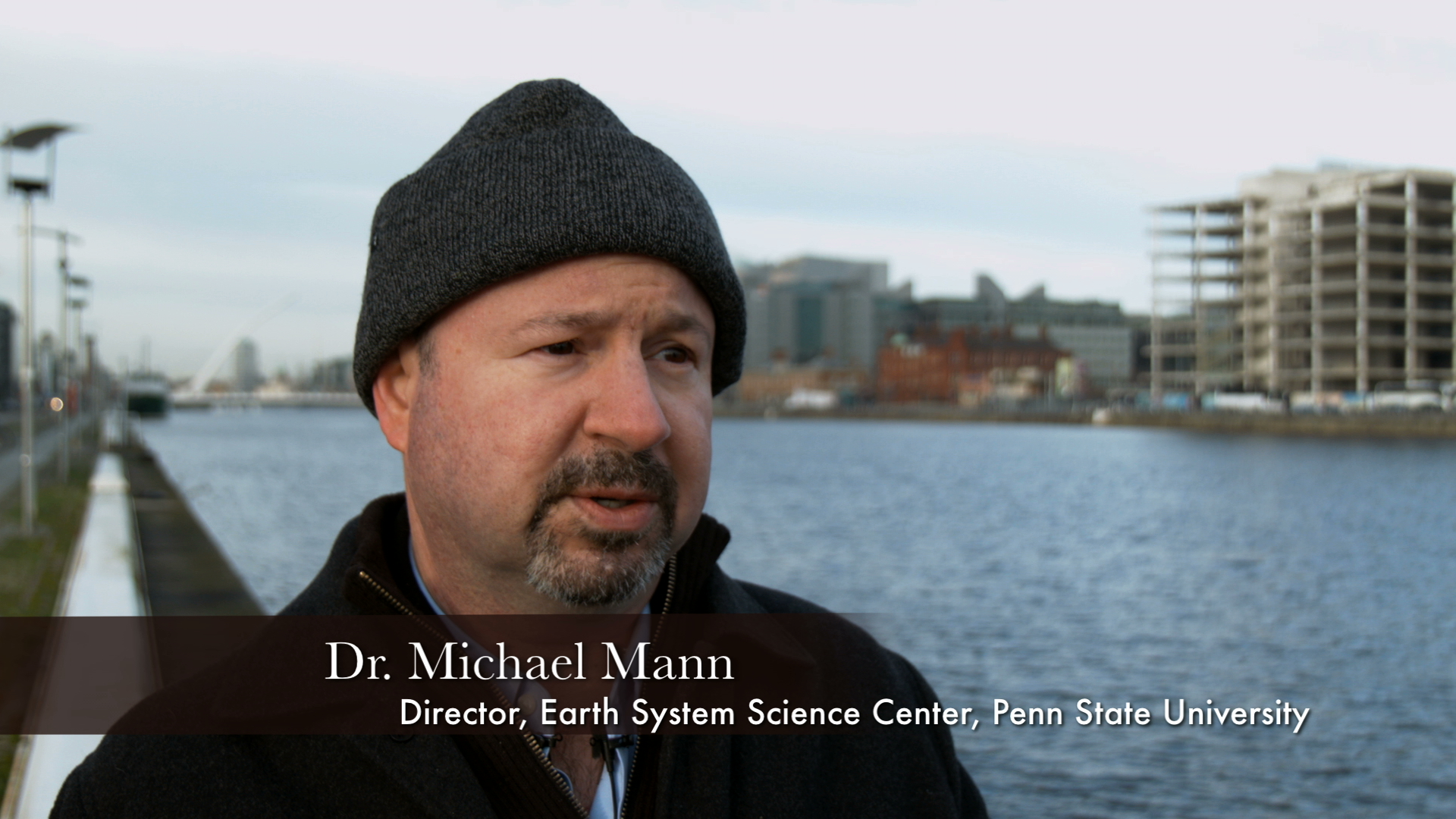 As an island nation with 3000km of coastline and 70,000km of inland waterways, flooding is not new to Ireland. We have flood defences going back hundreds of years. But with rising oceans and a changing climate, these defences no longer protect our shores in the way they once had.
At present the OPW (Office of Public Works) has highlighted 300 areas of the country at risk from flooding and with limited budgets and the growing threat of #climatechange, it will be an uphill battle for the OPW to build defences for all these areas.
This episode of #EcoEye visits some of the areas worst hit by flooding and also speaks to scientists mapping erosion and engineers from the OPW about their work and the monumental task facing them.
Duncan also speaks to Dr. Michael E. Mann in Dublin about climate change and what this means for Ireland and the world.

Duncan’s interview in early 2015 with Dr Michael Mann, one of the world’s leading climate scientists turned into a fascinating discussion. Impossible to fit into a 25 minute program, we divided the interview into three parts and are posting them online so that any of our viewers at home or abroad can watch the full interview at their leisure.

The conversation covered many aspects of climate change and our responsibilities towards mitigating its worst effects but also covers the opportunities for Ireland and the wider world if we act now and act with determination.

A huge thanks to Dr. Michael E. Mann for his time, he was on a very busy schedule but still managed to make time for this interview on a cold January morning in Dublin’s docklands.